updated 5/12/2022 Be sure to scroll down for recent updates in planetary changes and hints on how to use those changes to make your life better.

Taurus is a sign that is sensual, loves beauty and comfort. Prefers nature and the simple things of life. It is patient, sometimes slow and prodding, but usually dependable and practical. Musicality is part of the positive aspects of this sign and since Taurus rules the throat, this is often a sign that brings forth song and singers. Troubadours are a classic image of the expression of Taurus energy.

The key words of Taurus are “I have”. Taurus collects and may or may not be willing to share. Stability can express as a stubborn, fixed, or dogmatic nature. Greed, materialism, and fear of loss of wealth or possessions are part of the negative expression of the sign.

In Taurus matter is infused with light and the true value of things is known and appreciated. This is the time of spring and natural beauty and the abundance of the earth surrounds us. This is the time to discover what is of true value and identify your treasure and what gives you comfort.

PLANTARY MOVEMENTS AND CHANGES FOR   2022

BE SURE TO SCROLL ALL THE WAY DOWN FOR MORE INFORMATION ON THE INDIVIDUAL PLANETS.

Mercury retrograde in Taurus stimulates a review and reevauation of our finances and what we value.  What we value can be art, beauty, music. It can be what gives us comfort and pleasure. I also believe this is time to review what you treasure or what you consider your treasure to be.

*If you don't know what I'm talking about, stay tuned for my upcoming class series of Astrology as a Second Language.

Mercury is speeding on his way to Gemini and a long stay that will include a retrograde and a little dip back into Taurus. What can we expect of this brief stay in earthy Taurus? For starters, all those many exciting ideas that passed through during the recent time in Aries need to be put down in writing or grounded in reality in a substantive form. There will be plenty of time in the Gemini retrograde to work with your team (or your support system like family or readers/followers etc). So make a ton of notes and don't get too bogged down in the details or get fixed on just how these things will work out your way.

Remember Taurus can be a bit stubborn and a bit lazy so get to it! Now!

Venus is not at her best in Aries, the sign ruled by Mars.

You might imagine the planet of the God of War is not particularly comfortable in the sensitive water sign of Pisces so you might be feeling a bit restless with not the energy or inclination for confrontation. This is no time for battle. There may be an inclination to escape in any way and by any means.

Take this opportunity to find a way to express some of what's going on inside. Swim. Dance. Find a willing partner and find an opportunity for romance and the kind of passionate intimacy that Mars and Venus (Venus is in Pisces as well) are made for. Remember when the world has been in bad places in the past signs read:

It made sense then and it makes sense now.

Jupiter changes signs every year. We are finishing up Jupiter's time in Aquarius and now the Big Planet of expansion is moving into watery and sensitive Pisces. There will be opportunities for either escapism and denial and its consequences or elevating our consciousness and choosing the way of the mystic and peacemaker and facing reality and Reality. There are consequences either way.

Jupiter's challenge is an ego that stays right sized. When this is so, justice and fairness are the rule. Beware of excess and grandiosity. This transit has promise of great breakthroughs and sudden insights-- and hope.

Uranus and Jupiter just might make beautiful music together and all will benefit. 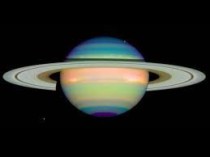 We are already feeling some of what this will mean as groups (Aquarius) are restricted (Saturn) and the future (Aquarius) seems serious and dire (Saturn). We always get a hint of what is to come at the ingress. We can use the lessons of Saturn of to move forward.

It takes Saturn about 30 years to travel through all the signs and it will be in Aquarius til early 2023 with a bit of back and forth that year, finally landing in Pisces. Saturn is the teacher and the disciplinarian. It is under the influence of Saturn that bills come due and karma exacts its price. In Aquarius issues of the future, innovation, brotherhoods and activity of like-minded groups get the careful scrutiny of Saturn.

"No matter how unpleasant a Saturn transit seems at the time, it represents what you really want in life and is helping you get it. Most people are out of touch with what they truly want. If you thoroughly understand your needs and wants, you will find that Saturn simply brings about their manifestation".

from Planets in Transit by Robert Hand﻿﻿ 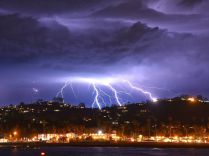 Uranus in Taurus is a very mixed bag. Uranus by nature is chaotic, forward thinking, revolutionary, and explosive. Taurus nature is conservative, fixed, fond of the past and seeks wealth and stability. I am going to spend the next few weeks looking at the news to get an idea of how this strange configuration is going to manifest.

The last time Uranus was in Taurus began in 1935. This was a time of war, a rise in dictators, extreme changes in fortune for many. We will surely see changes in our monetary system, the markets, real estate, and likely food production. This is an excellent time to modernize infrastructure and use innovation to do so. But we are dealing with Uranus here. Uranus is the planet of the unexpected and the unplanned.

On the day Uranus entered Taurus, this picture was taken. It says it all about the energy of Uranus in Taurus - electricity and earth meeting. Stay tuned for more on this big change.

PS Uranus will take up residence in Taurus until 2025. 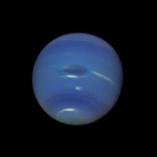 The Master of the Mystical begins forward motion in Pisces. This trip through Pisces will continue through 2025. We may as well get comfortable with examining spirituality, illusion, addiction, and mystery.  Neptune will be working with Saturn this year to assist in bringing true spiritual values into form and structure. Look forward to cultural embrace of magic and the enduring value of love and compassion.

The slow moving planets impact the world in a general way, but form aspects to the individual chart as well. Because they move slowly, the impact can be cumulative. Look forward to more on this topic. 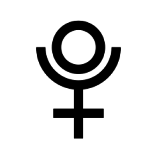 Pluto is the planet of transformation and as one of the outer planets, its effects are wide spread. When Pluto travels through a sign the particular area of life that sign rules is transformed on a fundamental level. Its message can be "change or die". Since Capricorn rules structure, all structures are likely to be overhauled. Since Capricorn rules government, governments are likely to be transformed.

On a personal level, look at your natal chart to get a good idea of the areas of your life that are likely to be shaken to their foundation.

Chiron being given Asclepius

Chiron is a slow mover and we are just learning about this newer member of the heavenly bodies we track here on earth in astrology. In the myth, Chiron is a divided being- half human and half horse, half god and half man. In our natal charts, Chiron represents those areas in which our wounding can lead to our healing and the healing of others.

Chiron has been in Pisces steadily since 2011 and is now moving into Aries. This will likely bring about more consciousness around issues of healing and sacrifice. This could well mark a time when we may become aware of cultural wounding and begin to seek remedies rather than supressing awareness of pain. We may become more accutely aware of suffering and seek an active rather than a passive response to injury, illness, or disorder.

The myth of Chiron is one definitely worth reading and exploring as he trained warriors and healers, used his affliction for the benefit of humanity, and sacrificed himself in the service of justice and bringing light to human beings. 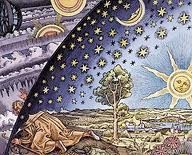 Astrology is a language of pattern, energy, and archetype. Like any language it has its own alphabet and structure, complexity and nuance. It had provided a lifetime of discovery for me.

Astrologers of all levels are welcome, but no astrological knowledge is required. Interest, curiosity, and sense of adventure are essential.  What happens in class is strongly influenced by the happenings of the day and time.

Join me for this online class. suzannlennox@gmail.com. 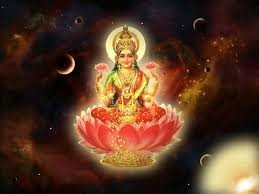